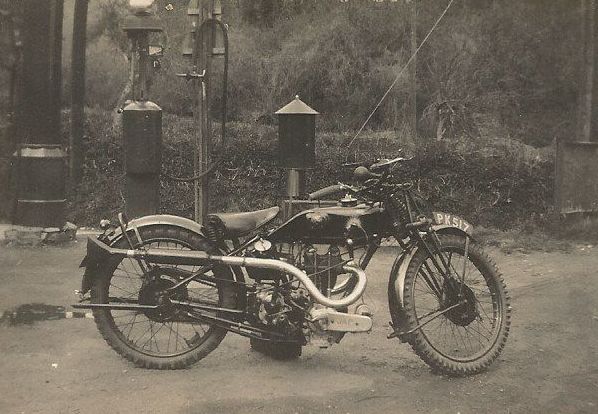 My father, Stanley Oborn (1913 - 2004) owned an OK Supreme Works TT motorcycle registered number PK 517, frame number 10057, engine number 81415, from 1934 to 1945.
His collection of related documents, photographs and brochures have passed to me, this included a brief hand written history he wrote later in life. From this collection I have compiled this short history.
In the early 1930s the OK was bought by W. J. Jenness who fitted it with a Rudge Whitworth 4 speed gearbox, for racing at Brooklands. Jenness was a member of The Taunton Motorcycle Club and when he turned professional for Rudge Whitworth he sold the OK to my father.
A receipt dated 19th February 1934 shows when my father purchased the machine for £14-0-0 from W. J. Jenness, Motor & Cycle Engineer of Taunton, Somerset.

A letter dated 27th February 1934 from O.K Supreme Motors Ltd., Birmingham to my Grandfather William Oborn (Stanley's father) confirms their records show machine number 10057 was manufactured in May 1927 and was built up specially for use by Mr. C.T. Ashby. The original gearbox fitted was a Burman three speed. 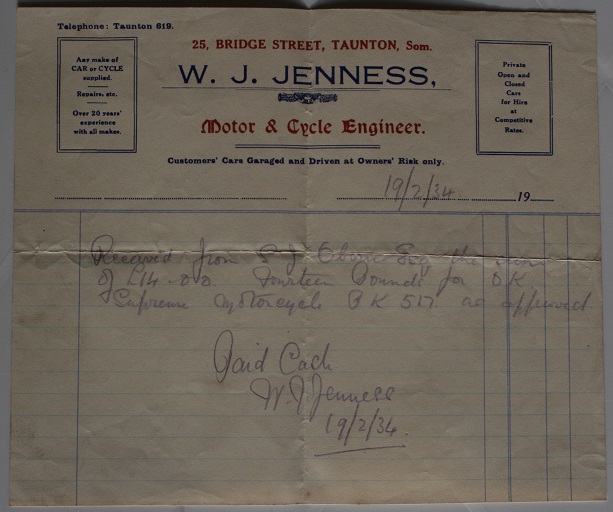 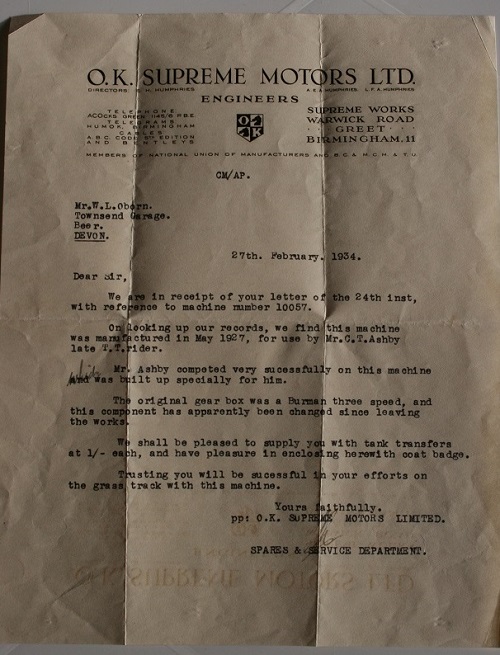 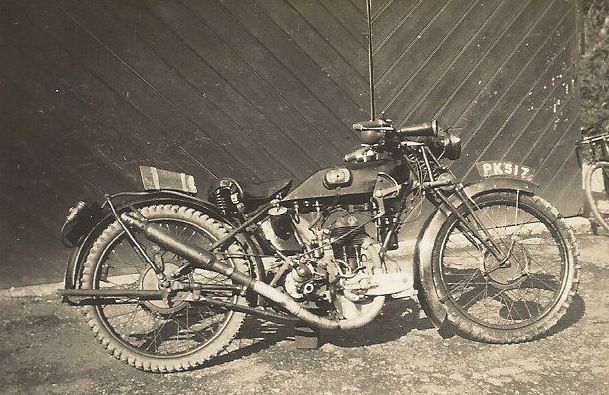 Ashby rode the machine in the 1928 Isle of Man TT Races.

During 1934 my father used the OK to compete at Exeter Speedway, Grass Tracks, Speed Judging Contests and Hill Climbs in the West Country. A number of press cuttings show the results which include a few First's. In his hand written history he states:

'The 'OK' handled marvelously. I never fell off it. But was eventually squeezed into the safety fence. Hobbled around for some months, during which time I turned the 'OK' into a Trials Bike. Father had put a ban on Speedway!'

As a member of The Otter Vale Motorcycle Club my father continued to enter Trials on the OK Supreme. In due course it was fitted with a side valve engine from a breaker's yard for his younger brother to take his driving test on. In October 1935 it was used to make a 350cc Bitza, also using parts from Omega and Excelsior motorcycles.

After the Second World War, it was put together again and sold to a collector and it is not known where it went. As there was no trace on the DVLA website, it was assumed it no longer existed.

It was therefore a delightful surprise in 2017 to learn via the British Classic Motorcycles Website that PK517 had been found in a barn in Somerset, and sold to a collector who can offer the care this great machine deserves. 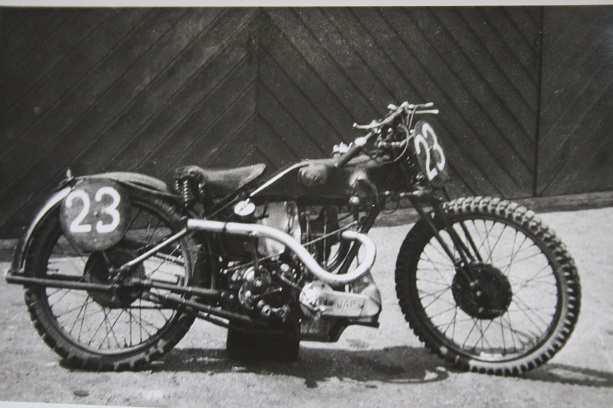 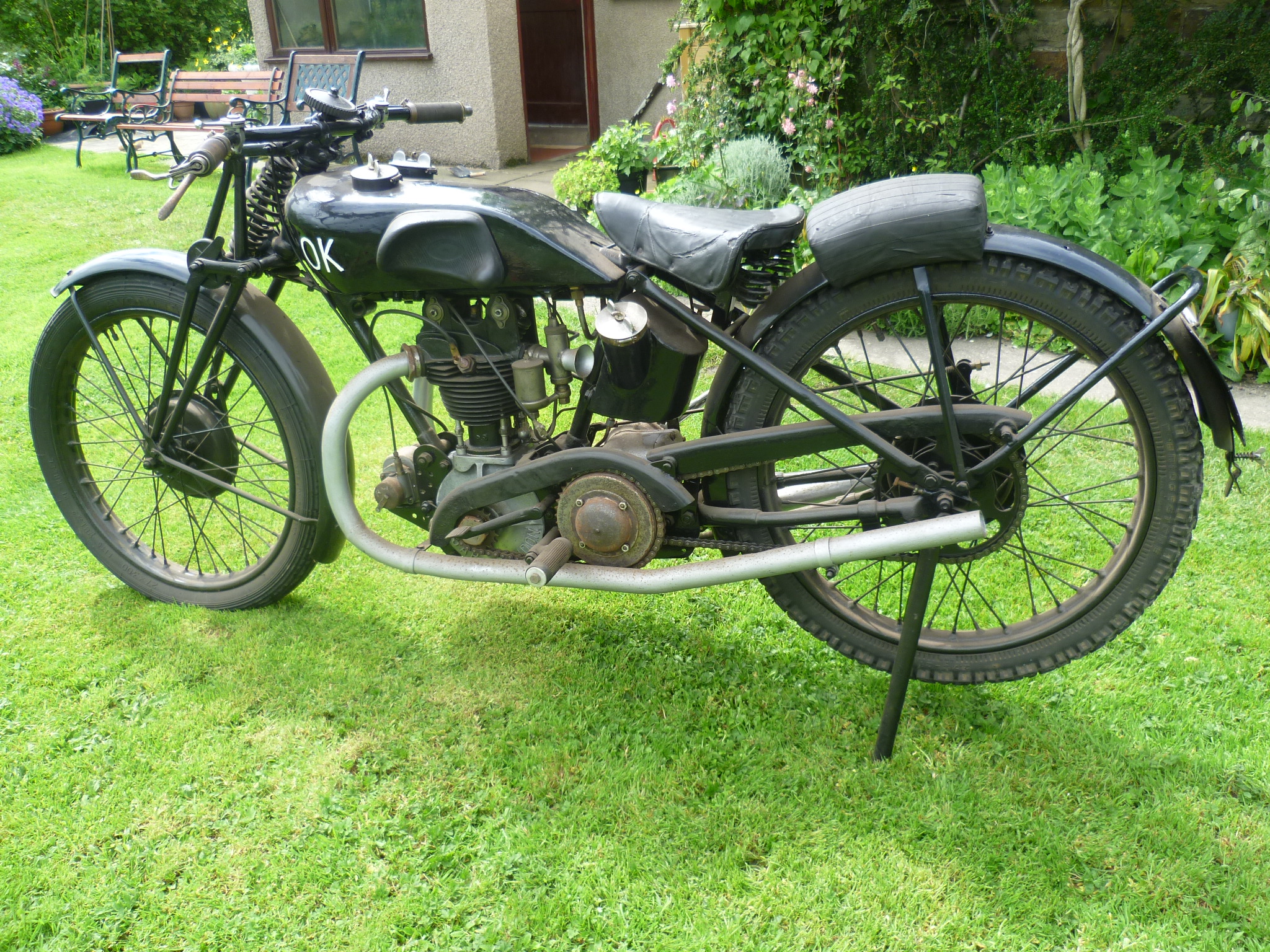 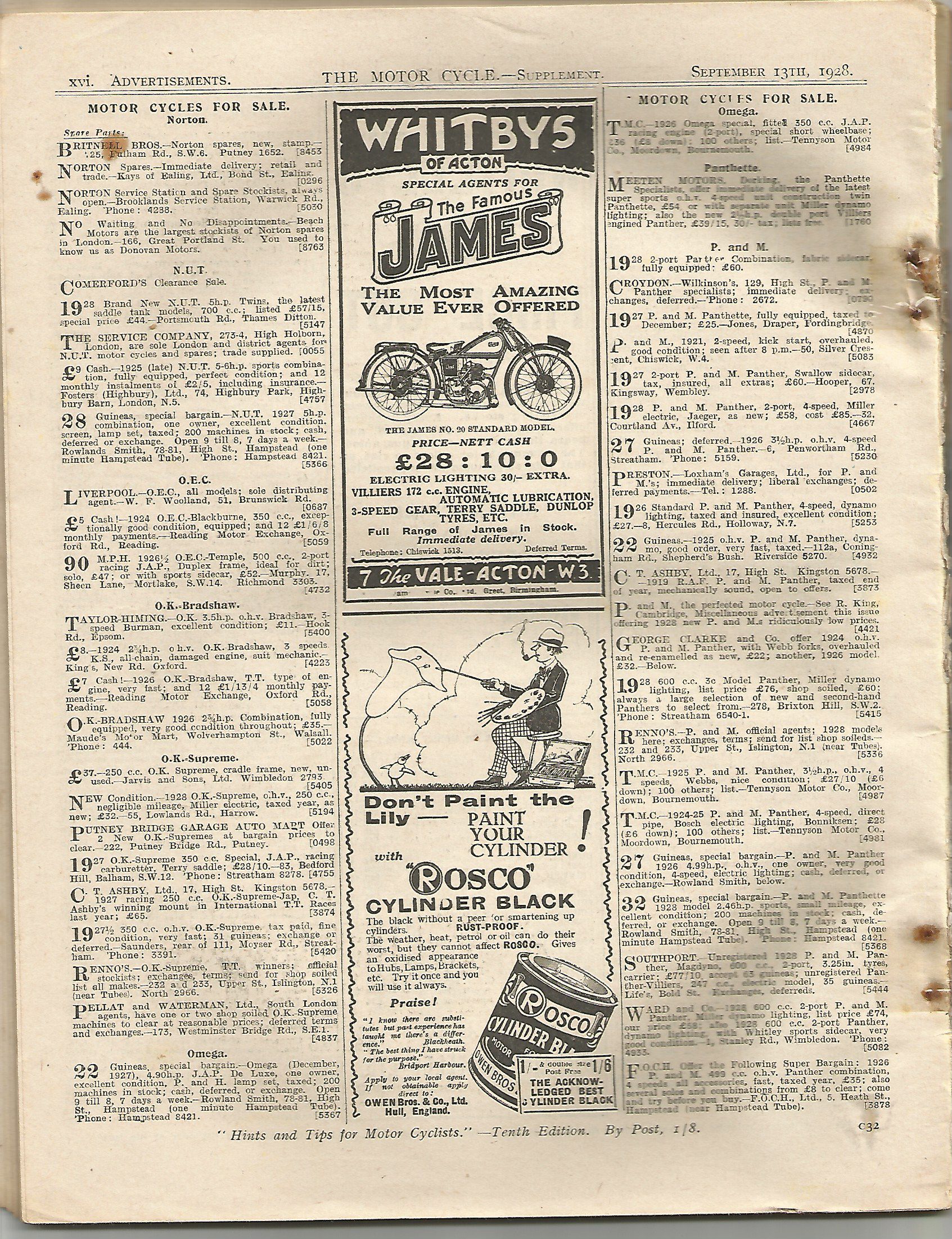